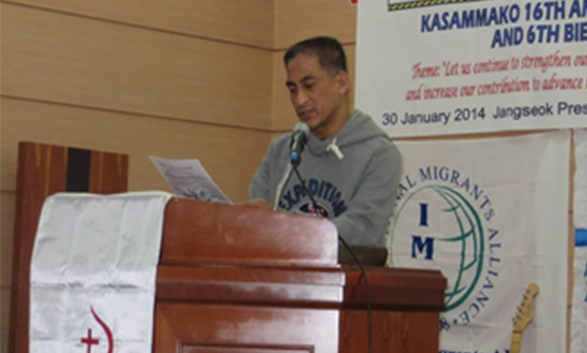 We have interviewed Mr. Carlo Oliver, Chairperson of Kasammako, the Philippine Migrant Workers’ Association in Korea to listen to his reflection on the Duterte’s last Sona conducted on July 26, 2021.

1. President Duterte delivered his last SONA (State of the Nation Address) on July 26th, what do you think about the SONA?

The State of the Nation Address (SONA) is an annual event in the Philippines wherein the President reports to the country of his accomplishment and shares his plan for the coming year. It is conducted in front of the House of Representatives and the Senate. Duterte delivered his last SONA on July 26 and made another litany of lies and claimed bogus achievements that have brought prosperity not to ordinary Filipinos but only to him, his family, his cronies, and his bosses in China and the US. KASAMMAKO is joining the majority of the Filipinos to ensure that this is his last SONA and we will work very hard so that he cannot establish a new dictatorship to prolong his presidency.

Duterte’s term will end in June next year and the election will be held in May, and we must establish a new  democratic government. Duterte is the worst nightmare for us and he should be out on or before the May 2022 election.

On his watch, an estimated 30,000 have died because of his fake drug war and one of them is the Korean businessman, Jee Ick Joo. Duterte also used the insurgency as a cover to directly order the state’s armed forces to eliminate activists, peace consultants, civilians, and entire communities, which is against international humanitarian law meant to protect individuals who are not directly involved in armed conflicts.

According to the report by the human rights group, Karapatan records 1,018,508 people as victims of different human rights abuses in Duterte’s all-out war from July 2016 to December 2020. There were 376 victims of extrajudicial killings, 488 victims of attempted murder, 18 victims of forced disappearance, 3,675 arrested, and 3,349 fake surrenderers among them. 457,696 were refugees forced to flee their homes as a result of military operations.

Military bombings affected a total of 372,629 individuals. A series of mass killings took place under Duterte through joint military and police operations such as the Bloody Sunday in Southern Tagalog (March 2021); the Tumandok massacre in Tapaz, Capiz (December 2020); separate killings of 14 civilians on the island of Negros (March 2019); and the massacre of 9 farmers in Sagay, Negros Occidental (October 2018).

This must be stopped at all cost, and we must remove Duterte on or before the May 2022 National election. Only the establishment of a new leader who has a strong belief in democracy can stop this killing, arrests, and plunder in our country, and we will participate in this action to achieve that goal.

2. Please introduce KASAMAKO and its key concerns, and tell us about the situation of the Filipinos here in Korea.

It is the formal alliance of the Filipino Migrant Organizations in Korea. It strives to build the strongest unity and cooperation of migrant workers, compatriots, and other organizations in Korea to assert and defend their rights, interest especially their labor and human rights.

KASAMAKO works to help or support member organizations in leadership development and organizational sustainability; to support, collaborate and coordinate with co-migrant Filipino organizations in other parts of the world; to support efforts of the Filipino people towards the building of a society based on justice, lasting peace and social progress, and the end of exploitation of people.

The Filipino migrants in South Korea face the following challenges.

1) Overseas Filipino Workers (OFW) under the Employment Permit System (EPS) continue to experience discrimination and abuse in their work places.
2) Marriage migrants suffer discrimination in accessing social services and undergo rigorous actualization requirements and processes.
3) OFWs and all migrant workers received wages lower than their Korean counterparts with wage gaps from 21 to 55 percent.
4) Women marriage migrants from the Philippines are objects of child bearing through arranged marriages and are still struggling for equal protection of law and access to social services.
5) OFWs are objects of dollar remittances and are the milking cow of the Philippine Overseas Employment Agency (POEA) Department of Labor and Employment (DOLE), and the banking system

3. What are the ways we can express solidarity with the Filipino migrant workers in Korea?

We are very grateful for your solidarity but we have to accelerate our effort to stop the ascension of a new fascist dictator in the Philippines. Here are some of the opportunities for solidarity that we need from you. 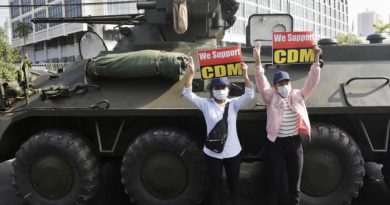