1. How is the violence against Asians and the conflicts between minority groups within the US connected to the system of White Supremacy in the US?

First I want to clarify that this violence is not primarily a violence occurring between two minority groups in the US. Even though statistics show a slightly higher percentage of attacks on Asians coming from the Black community than from the White community, the media falsely portrays it as a significant difference. As a part of the White Supremacist system, the media plays a big role in perpetuating racial biases by selectively giving disproportionate airtime in the media to violence involving Black people and disproportionate scrutiny in the social discussion. White violence only seems to rise to our attention when it is extraordinary, such as the shooting spree in Atlanta, or the story of a Chinese grandmother fending off her attacker in New York. As Rev. Unzu Lee mentioned earlier, this is enculturated in US society by design so that people of color absorb the majority of conflict, and absorb White violence, without it proportionately affecting the White community.

How this looks in terms of a concrete system can be illustrated with the issue of redlining and segregation. Redlining, a practice that was only banned in the US 50 years ago, involved banks and mortgage companies that made loans more expensive and inaccessible to communities of color by charging higher interest rates. The practice involved drawing red lines around certain neighborhoods, most of which were inhabited by people of color, and declaring them “high-risk loan” areas. So not only were they blocked from owning property in White neighborhoods, the loans for property in their own neighborhoods were considered “high-risk” and far more expensive. This contributes to the persistence of the racial wealth gap today, as so much of the accumulation of family wealth (or asset building) depended on home-ownership.

Also, geographically speaking, various communities of color were crowded into smaller redlined and segregated neighborhoods leading to inevitable clashes over who had access to resources that were even harder to access anyway. Add to that, the Model Minority Myth, which White racism created that holds up Asians as examples of the “model minority” for having done a better job of assimilating to Whiteness. This is held over the black community as a criticism such as, “If you all were just better at being a minority like Asians you would not be so poor.” This creates a hierarchy where Blacks are placed at the bottom and Asians are higher but still under Whites. This obscures the legacies of White racial policies and the different circumstances under which each community of color arrived in the US. It also inflamed Black anger and resentment toward Asians, especially whenever Asians voluntarily assume the mantle of “model minority” and collude with White power. Turning communities of color against each other not only absorbed resentment built up against a racist system, but it made it easier for the White community to maintain its dominance in access to power and resources. The best way to counter this dynamic is, one, for White people to dismantle the racist system they created, but also for communities of color to join in solidarity with each other to address the source of the problem instead of directing their resentment toward each other.

2. Why should Asians in Asia be concerned about this issue? Is it not only a matter to be resolved inside the US?

The systemic racism of the US that inherently devalues the lives of communities of color in the US and cultivates a culture of violence against communities of color is directly connected to US foreign policy that devalues the lives of nations of color throughout the world including Asia. The countless wars and military actions that the US has undertaken throughout Asia, US foreign policies of violence against Asians, are in fact the international manifestation of the same anti-Asianness that is being witnessed domestically these days. We saw this anti-Asianness in the colonization of the Philippines, in the Korean War in massacres such as the one that occurred at Nogun-ri, and in the Vietnam War with the Mỹ Lai massacre, and the spill over into Laos and Cambodia.

Today we see it internationally in situations such as the ongoing suffering of Koreans under the division system and in the inhumane sanctions that lead to the death of North Koreans. As Rev. Lee wrote earlier, what may seem like “random” violence against Asians is not new. It is a surge in an ongoing occurrence that has been exacerbated by anti-Chinese rhetoric around the COVID pandemic. It is also important to note that violence against Asians manifests itself in many forms. For instance, it also manifests in economic policies that divert profit and resources away from people in Asia, consolidating White access to economic power both domestically and internationally.

3. In this context, what could international anti-racist solidarity look like?

Throughout Asia the same Model Minority Myth that is used to divide communities of color in the US is also used to divide Asian countries. US interests find a willing ally to grant them unfettered access to markets and resources. One Asian group aligns itself to Whiteness/Westernization and is labeled “good;” and then all groups opposed are labeled as “bad Asians,” such as communists, Muslims, and terrorists, and they are to be “opposed, fought, and killed.” We must resist the temptation to say, “We are the good Asians, and those are the bad Asians.”

Not only must we resist this dynamic of pitting Asian communities against each other, but we must also resist the temptation to turn to apathy. I have seen some people respond to a recognition of racism in US foreign policy by noting similar ideas of ethnic superiority and inferiority between Asian countries. They say, “therefore we have no business in criticising them.” I disagree. I think we need to resist those faulty assumptions that divide us and instead work towards building international solidarity across all communities in Asia and even with the US. 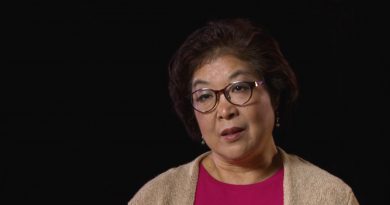 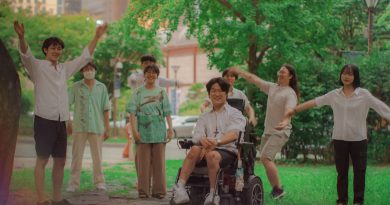