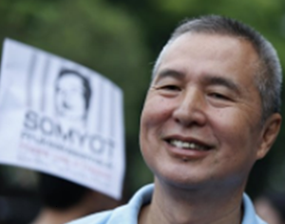 Democracy in Thailand: A Renewed Challenge

(1) I was very surprised at the news you were arrested again. Can you explain how the arrest was made?

After I was released from prison on May 1, 2018 having been 7 years jailed, I continued my life of fighting for freedom and justice for Thai society. On June 4 ,2020 Wanchalerm Satsaksit, a Thai young political activist in exile, was kidnapped and murdered in Cambodia. This case made students angry with the government and they demanded an investigation of the case. On August 10, 2020, more than 10,000 Students gathering in Thammasart University raised “10 demands for Monarchy reform.” On the 19th and 20th of September the United Front of Thammasat and Demonstration invited me to give a speech in Thammasat University supporting their 10 demands for Monarchy reform. The police arrested me on the charge of sedition or violating article 116 of the Thai Criminal Code.

(2) Where and how have you been since the arrest? Could you explain the conditions of your detention (or prison where you in?)

I was detained at the COVID-19 quarantine-cell in the Bangkok Remand Prison detention center for 14 days in which there was no visit or contact from outsiders. After this I was detained in a small cell congested with prisoners of general kinds of criminals.

The lawyers informed me that more than 50 organizations from the international community had expressed their concern on the human rights situation and they organized a protest at Thai embassy. In Thailand people demonstrated strongly demanding that they release political prisoners. At the beginning the court did not give me bail. But the public opinions and strong protests on the street put pressure to the court to grant the release. (4) Who are the protesters and what do they want?

They are students mainly from high schools and universities, labor unions and civil society. The leadership is mainly composed of students’ organizations from various universities. We, as the people’s organization, support them. They are not a political party, but an alliance of young people and people’s organizations. The group wanted the resignation of Prime Minister Prayut Chan-o-cha, the passage of amendment bills to pave the way for a brand-new charter and reforms of the monarchy.

(5) Why are there many young people, particularly high school students?

They are exploited by oppressive teachers who always exercise power over students. Under military government, different kinds of school regulations restricting freedom are forced to students such as not allowing long hair. When they are do not follow the regulations, the teachers intimidate the students.

(6) Who supports the protests? Any particular reason in your recent socio-economic context?

People in general support the protests through social media. The economic recession after the COVID-19 pandemic brought out the people’s anger due to a huge budget spending on Arms and palace improvements. Approximately 30,000 million Baht every year is spent for maintaining the Thai royal family, and approximately 100,000 million Thai Baht in each year is spent for purchasing weapons and arms to protect “national security.” But people point out that Thailand does not need such a high military budget, because there has been no war or any violation dispute at the border for more than 100 years in this region.

They demand an increased social welfare budget which includes a national universal pension fund for all old age.

(7) How has the Thai government reacted?

The government suppresses demonstrators in various means, distorting information and taking many legal actions as much as possible including obstructing protesters and using riot police. The Thai King has many business investments in Germany including spending much of his luxurious life in Germany. For example, he owns a significant portion of the Kempinski Hotel chain in Germany.

(9) In what ways is the current democratic reform important?

1. Every coup in Thailand refers to protecting the monarchy which destroys democracy. One of the demands is that the King should not approve the coup.

2. Securing freedom of speech and abolishing “Lèse-majesté” ( “to do wrong to majesty”)

3. Increasing the budget for the social welfare of the Thai people

Before the democratic reform people have ignored their plight and been patient with their suffering. After the reform they are more organized and have actively participated in the struggle in response to the need of people and to the political problems people are facing. 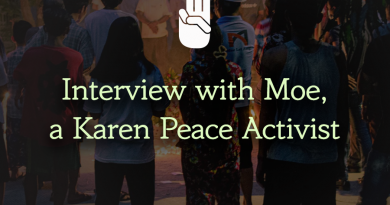 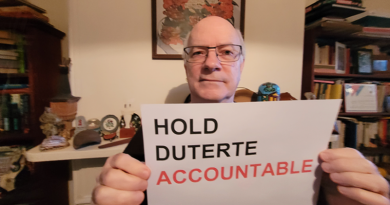 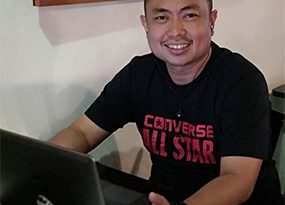