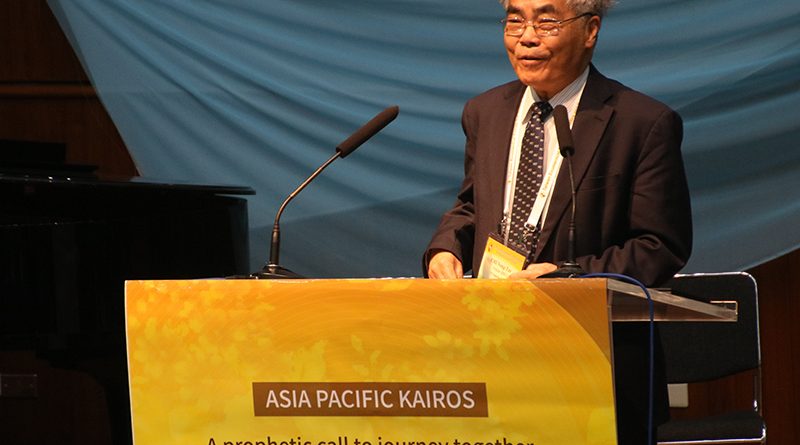 A. We know that the most critical challenge Taiwan society faces is “independence” (from China). Could tell us about the socio-historical background of the challenge, and what are the Taiwan people’s response to the aggressive attitude of China towards Taiwan’s independence?

In January 2020, the people of Taiwan overwhelmingly voted to renew the mandate of the Democratic Progressive Party (DPP) and President Tsai Ing-wen for another four years.  This election saw the incumbent win more votes than any other presidential candidate in Taiwan’s history. The overriding issue in this vote can be summed up in one word: China. China’s heavy-handedness in its treatment of the democratization struggle in Hong Kong by prematurely ending latter’s “one country two system” arrangement frightened the Taiwanese people and confirmed for them that their own future was not to be associated with China. The DPP has always regarded that Taiwan is an independent country, while the opposition KMT (Chiang Kai-shek’s Nationalist Party) insists that Taiwan is a part of China. China has been forced to tolerate the de facto political independence of the government on Taiwan, thanks largely to U.S. military protection. However, China will not abide any suggestion that the island itself does not form part of the sovereign territory of China.The KMT—the losing side of China’s civil war (1920’s to 1949)—long maintained the fiction of retaking China. In the 1990s and 2000s, the idea that Taiwan could strike some kind of Hong Kong-plus deal, retaining effective independence while joining Beijing under “one country, two systems” seemed plausible.Today, that idea is dead. Taiwanese crowded the streets after the election, holding up five fingers for the five demands Hong Kongers have called for in recent mass protests. Relations between China and Taiwan became icy ever since the DPP unseated the KMT in 2016 are likely to remain on hold for the next four years.The issue of Taiwanese identity is partially influenced by its history. More than 90 percent of Taiwan’s current population was born after the end of the Chinese Civil War in 1949, and fewer than 2 percent were adults when the two Chinas parted ways.

Most of those who were adults in Taiwan back then actually grew up Japanese because the island was ruled from Tokyo between 1895 and 1945. In fact, Taiwan has only been governed from the mainland for five of the last 125 years, and even during that short period, the KMT authorities murdered and detained tens of thousands of Taiwanese civilians. Whatever the legal status of Taiwan, its identity connection to China is tenuous at best.In a public opinion survey in June, 2019, 56.9 percent of Taiwan’s people consider themselves to be solely Taiwanese, with a further 36.5 percent identifying as both Taiwanese and Chinese. Only 3.6 percent identify as solely Chinese. Amid the COVID-19 outbreak that began in Wuhan, China, a survey by the Taiwanese Public Opinion Foundation, revealed that the Taiwanese identity rather than Chinese has surged to 83.2 percent. 5.3 percent said Chinese, 6.7 percent said both and 4.8 percent had no opinion or refused to answer.There is not much controversy that Taiwan draws its culture mainly from China. But Taiwan is not China, any more than Austria is Germany or the United States is England. Like everywhere else in the world, Taiwan has a complex history. China is a big part of that history, but it makes up a smaller and smaller part of Taiwan’s present. The days when China could consider Taiwan its so-called little brother, a mere appendage of Fujian province across the strait, are over. Taiwan has grown up—and is ready to move out.

After seven decades of de facto independence on both sides of the Taiwan Strait, the “One China” myth is wearing thin. Taiwan is never going to vote to become a province of China, and China is never going to give up Taiwan. Chinese leaders have repeatedly threatened  the use of military force to take over the island. Threats of future hostility are no reason to keep a country of 24 million people in perpetual limbo. It’s high time for the world to recognize Taiwan as a valuable member of the global community of nations.

B. Mr. Joe Baden was elected as the next president of the US, what are your perspectives and expectations on his Taiwan policy?

In analyzing US foreign policy, there are always two issues to remember. The first is that it is usually bi-partisan with little difference between the Democrats and the Republicans. One might find a difference in strategy but the overall policy goals remain the same. The second major issue is that in developing any foreign policy it is always US vital interests that are paramount, and rarely the partners’ goals that dominate.
In regard to US policy vis-à-vis Taiwan, it is undergirded by the US post World War II policies that regarded East Asia countries of Japan, Korea, Philippines and Taiwan as both the frontline of safeguarding the Pacific Ocean as an American Lake and its vital security, military and economic interests. These countries were initially part of the Containment Policy espoused by General George Kennan and then developed as economic partners for the US.
Specific to Taiwan, the US policy today is defined by these Congressional legislations, underlining the bi-partisan support.

1. Taiwan Relations Act
The Act was passed on January 1, 1979 by the Congress after the breaking of relations between the United States and the Republic of China on Taiwan and has remained in effect since. It aimed to maintain commercial, cultural, and other relations through the unofficial relations without official government representation and without formal diplomatic relations.
The US position that Taiwan’s legal status is yet to be determined and that Taiwan is not part of China is the very foundation of the Taiwan Relations Act.

2. The Six Assurances
These are six key foreign policy principles of the United States regarding US–Taiwan relations. They were passed as unilateral US clarifications to the Third Communiqué between US and the People’s Republic of China in 1982. They were intended to reassure both Taiwan and the US Congress that the US would continue to support Taiwan even if it had earlier cut formal diplomatic relations.

Today, the Six Assurances are part of semiformal guidelines used in conducting relations between the US and Taiwan. The assurances have been generally reaffirmed by successive U.S. administrations. Prior to 2016, they were purely informal, but in 2016, their formal content was adopted by the US House of Representatives in a non-binding resolution, upgrading their status to formal but not directly enforceable.

On March 4th, 2020, the House of Representatives passed the TAIPEI Act with unanimous consent. The Senate had passed a similar Bill at the end of October 2019, and the House actually took up the Senate version of the Bill.
The legislation is the third in a series urging the US Administration to strengthen its relations with Taiwan, along with supporting Taiwan’s defence and security and enhance its support for Taiwan international space. In February 2018, Congress passed the Taiwan Travel Act, which became law in March 2018 (PL 115-135), while in December 2018, it passed the Asia Reassurance Initiative (ARIA), which contained commitments on arms sales and defence capabilities and became law on December 31st 2018 (PL 115-409).
The Biden administration is not expected to take any new initiatives and abide by these official policies which have the full support of the US Congress.

C. How can we, as a civil society member in Korea, express our solidarity to your people?

1. The Korean people can help promote the right of the people of Taiwan to enjoy human rights such as the right to self-determination. They should be accorded the inalienable right to determine how it should be governed and not be subjected to an arbitrary claim that their country is part of China. It should have the right to be represented in international organizations instead of being represented by China.

2. The people of Taiwan should be treated with dignity as part of the international community instead of being internationally isolated due to the pressure by China which claims it is the legitimate government of China and that Taiwan is a part of its territory. Today, only 15 of United Nations’ 194 member states have diplomatic relations with Taiwan. Taiwan is denied membership in the United Nations, in the World Health Organization, the World Meteorological Organization, Interpol and the International Civil Aviation Organization.

3. The people of Korea can help promote that Taiwan should be allowed to use its own name in the Olympic Games. It is forced to participate as “Chinese Taipei” and its athletes have to wear a special symbol on their shirts, instead of the flag of Taiwan.

4. The people of Korea can advocate that the people of Taiwan should be allowed to visit the United Nations as tourists. Since 2016, the Taiwanese are not permitted to visit the UN because, under pressure from China, the UN guards are forced to deny the Taiwanese entry to the UN premises because their passports are deemed invalid because it not issued by a UN member state.

5. The Korean people can encourage people-to-people exchanges with Taiwan in order to help Taiwan break its international isolation. These should include all levels of political, cultural, scientific, academic and sporting activities

D. Taiwan is the first country in Asia which legalized the same-sex marriage. What are the responses from the religious community? In case of Korea, the Protestant Church is the major block which hinders constructive dialogues and attitude. Any advices?

Alas, on the same sex marriage, the churches in Taiwan are not different from the Korean churches. Though the Taiwan government has been progressive to accord the same rights to both partners in the same-sex marriage, the churches themselves have not supported this national legislation. The Presbyterian Church in Taiwan (PCT) has tried repeatedly since 2014 to engage its members to explore and understand the issues from theological, sociological and scientific perspectives. Unfortunately, the attempts generated much controversy in the local churches and at the General Assembly level. 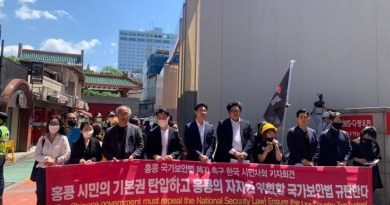 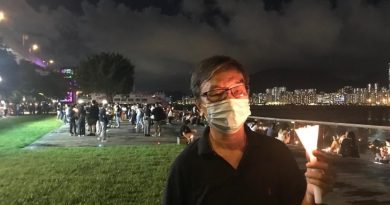 In Search for Just Peace in Sri Lanka