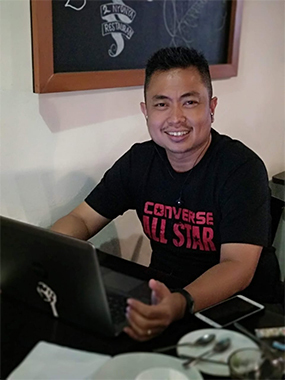 1. How do you observe the Jokowi administration’s stance and policy on environmental rights violations?

I would say that the environment is not Jokowi administration’s priority. There are some major  environmental rights violations in the past that have not been resolved and abandoned during Jokowi’s term since 2014.

One of major environmental rights violations is the negligence of mine pits that have killed at least 39 people across Indonesia and pollute water, river and land as well as undermine people’s livelihoods. It is supposed to be reclaimed but instead it is abandoned without any legal consequences. Some of the abandoned mining pits are linked to coal companies owned by politically-exposed persons, both at the national, sub-national and local levels.

2. Under the Joko Widodo administration, is there a real improvement in people’s day-to-day lives especially on the environmental and development rights?

On environmental and development rights, there is the tendency of democratic space shrinking through legal prosecution to some critics and activists. The problem of Jokowi administration is that it is almost perfectly captured by coal oligarchs that is visible from the appointment of coal oligarchs as key ministers. It is visible from his first term from 2014-2019 and even worse in his second term. Indonesia’s coal production was supposed to decrease gradually from 2015 to 2019, according to the National Medium Term Development Plan. In contrast, the coal production has increased significantly mainly due to the interest of coal oligarchs.There are a number of important figures. The most influential one is the Coordinating Minister of Maritime Affairs and Investment Luhut Binsar Pandjaitan who is linked to Toba Sejahtra Group, one of the major coal companies in Indonesia. Luhut has a direct conflict of interest since he supervises some ministries, among others the Ministry of Energy and Mineral Resources and Ministry of Environment and Forestry. Another coal oligarch is the State-Owned Enterprises Minister Erick Thohir who is linked with the biggest coal company Adaro. The Religious Affairs Minister Fachrul Razi is also connected with Toba Sejahtra. The Deputy Speaker of House of Representatives Azis Syamsuddin is also linked to a local coal company Sinar Kumala Naga, which is based in East Kalimantan as one of the central coal businesses in Indonesia.

They merge business and politics through coal business and as a result it has been undermining human and environmental rights and democracy. For instance, the abandonment of mine pits by coal mining companies that killed dozens of people have no legal consequences since it is connected with political elites. They also use the coal money for political financing and subsequently it creates a vicious cycle of corruption: They use political power for rent seeking in coal business and then they use some amount of its profit to strengthen their positions in politics.

There are also some regulatory captures for the sake of coal mining oligarchs’ interest such as through the passage of the New Mining Bill in June 2020.

The Jokowi administration’s priority is the economy. Many times, criticisms are deemed not constructive by the Jokowi administration. Actually, it has reduced democratic space. There are legal prosecution to a number of environmental defenders/activists and also some offensive attacks from president Jokowi’s supporters in social media to the critics of president. In fact, Jokowi is now supported by approximately 80 percent of political power in the parliament. President Jokowi shouldn’t be allergic to criticism.Jokowi’s administration has been consolidating power  for two objectives: (1) strengthening and centralizing power by having almost 80 percent of political power, represented by a big coalition of political parties; (2) undermining the power of civil society for instance by capturing mass media. For instance, three media tycoon groups are connected to Jokowi administration by sharing the key political positions. On social media, the government deploys a group of buzzers to attack critics, even personally. As a result, a substantive open debate on policies and public discourses is undermined.

Some environmental activists were also criminalized for opposing environmental destruction, such as water and air pollution from factories, gold mining and ore mining. In many cases they were filed by fake accusation or catchall articles like theElectronic Information and Transactions (ITE) Law.

For Indonesia, the Omnibus Bill is racing to the bottom to attract investment and boost economic growth. In doing so it will: (1) implement centralisation by taking back some local government authorities. Indonesia has been implementing decentralisation and local autonomy since 2001 as part of democratisation after the 1998 political reform; (2) reducing some parts of labour protection to lower cost of doing business in Indonesia; (3) deregulate and reduce a number environmental safeguards that will give corporations “freedom” to destroy the environment.

Since the spirit is racing to the bottom it will treat human rights, democracy and clean energy transition as handicaps of economic growth. That is why the bill will pose a threat to human rights, democracy and clean energy transition. In addition, the new Mineral Law that provides strong incentives to big coal companies will undermine the development of clean and renewable energy in Indonesia.We are now struggling to fight against the implementation of Omnibus Law that weakens labour rights and environmental safeguards. JATAM (Mining Advocacy Network), Auriga, Indonesia Corruption Watch (ICW) and Greenpeace released a report on 12 names behind Omnibus Bill that is linked to extractive business including coal mining. In short they have conflict of interest in pushing Omnibus Bill. Protests were now held by students, labour and other elements across Indonesia. 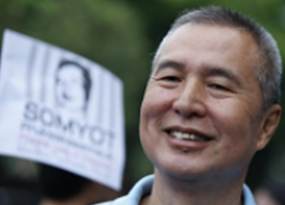 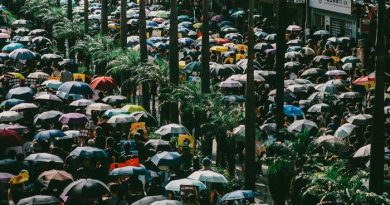